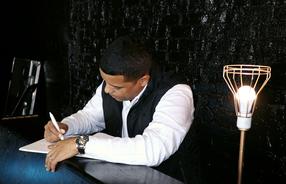 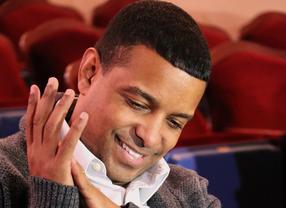 to leave a legacy of Jesus Christ to the next generation"

Every so often a new artist comes around that not only presents a fresh wind of artistry and creativity, but has a genuine passion and zest for presenting the gospel of Jesus Christ to all of God’s people.  The diversity in his music (spanning from urban gospel to Contemporary Christian Music) and an amazing gift for songwriting sets Orlando "Substance" Rodriguez and his music ministry in position for global impact.

Singer/Songwriter, Orlando “Substance” Rodriguez, is a multi-cultural creative mind anointed to reach audiences from all walks of life.  As an emerging Christian recording artist, Orlando has performed at hundreds of concerts across the nation, opening for many notable artists such as Donnie McClurkin, Jason Nelson, and Tamela Mann.  His concert tours are known for having high-energy, interactive audience participation, and most importantly a Christ-centered impact. With a new sound and the timely message of his latest single “Colorblind”, Orlando Rodriguez is set to minister a message of hope, healing and unity.  Orlando is freshly coming off the recent success of his single “You’re There” which reached #80 on the prestigious Billboard Gospel Airplay Chart.  As a songwriter, Orlando continues to remain focused on delivering a message unity and love in Jesus Christ!Orlando’s music and ministry has been featured on TBN, TCT, Word Network, Radio One, and iHeart radio among many others.  He is a loving father and a husband that carries himself with a high degree of integrity on and off the stage.  When asked how he sees himself, his simple answer is, “A servant of the Lord and God’s people.”

Going Beyond the music